Catch us on “Cats vs Dogs” 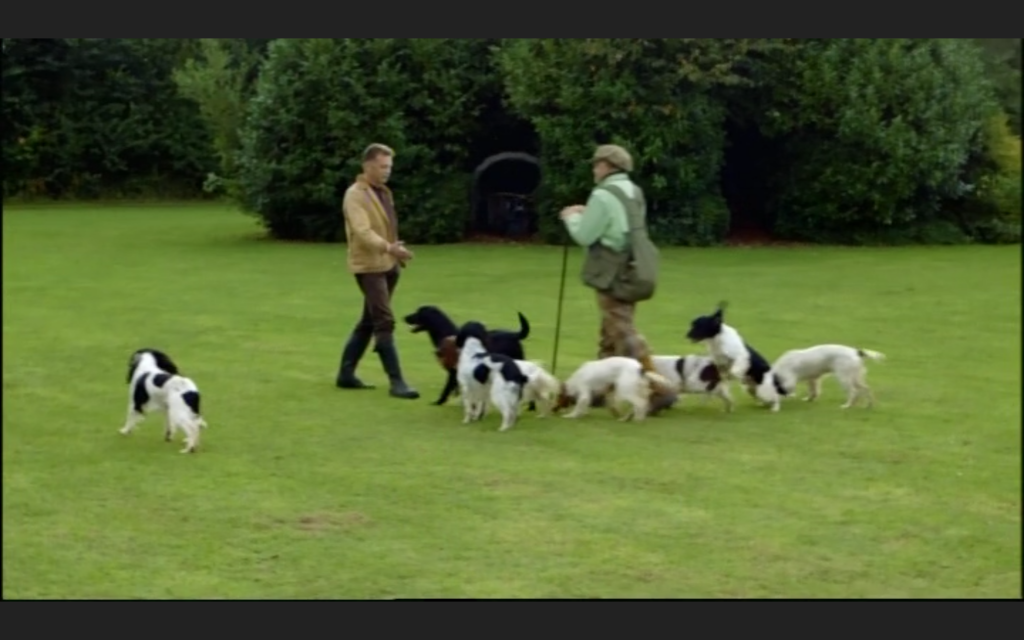 Alongside a busy period of championships and shooting, I helped in the making of a BBC2 programme “Cats vs Dogs” where I was asked to demonstrate control and handling.

For this we filmed for three hours, demonstrating handling and control of nine dogs at the same time. I chose nine of my most competitive dogs for the filming, which ended in being given a challenge of seeing how much training I could put into a puppy in 30 minutes. Unfortunately we filmed everything in one day, so the poor puppy didn’t get chosen until 5pm in the evening, having spent the day with its siblings.

Chris Packham, presenter of the show, picked a random puppy from a mixed group of 8 labradors, spaniels and cockers. I was praying that he would pick a labrador to make my life a bit easier,  but he picked a black and white cocker that I had never interacted with before.

We were given 30 minutes. I spent the first 5 playing with puppy, trying to get it to know who I was, then we started the training. I was quite impressed, we managed to get the puppy to walk on a lead, walking to heal and eventually sitting. It actually stopped on the whistle too, which you do not see in the video, as well retrieve to hand. The puppy was work out within 15 minutes, and so was I!

Due to the constraints of filming, and a change of the programme direction, we were unable to show a lot of the main dogs working, we hope to get some footage of that for you one day!

All in all, they spent a lot of time with me so that they could understand a bit more about the dogs to put on the programme. It was a pleasure to be asked, and I tried not to show myself up, which I hope is shown.